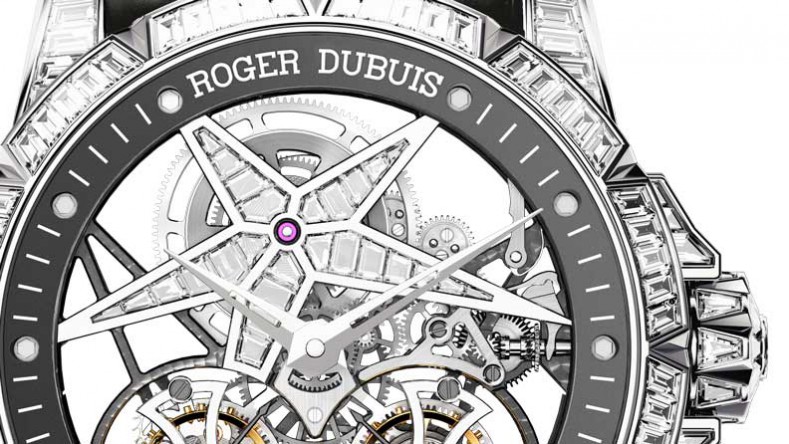 Manufacture Roger Dubuis has announced its third consecutive participation in Asia’s most prestigious Haute Horlogerie Exhibition, running from September 30th to October 3rd in the Hong Kong Convention and Exhibition Centre. Watches&Wonders will provide yet another exciting opportunity for the Maison to display its latest creations centred around the Astral Skeleton theme, as well as its inimitable theatrical brand-setting talent embodied in its cutting-edge World of Roger Dubuis.

Commenting on this year’s edition of Watches&Wonders, CEO Jean-Marc Pontroué expressed a sense of eager anticipation: “Building on its double status as the pioneer of contemporary skeleton calibre and a specialist in architectural and technical mechanics, Manufacture Roger Dubuis is excited to be presenting its raft of new 2015 launches in Asia. It will also be premiering the Excalibur Star of Ininity – a model every bit as generous and dazzling as its name implies.”

Like several of this year’s releases, this la-test jewellery timepiece to be exclusively unveiled at cheap Replica Watches&Wonders 2015 from Roger Dubuis relects the Astral Skeleton principle. The concept is based on the unique star-shaped design of Roger Dubuis contemporary skeleton movements, borrowed from nature and its heavenly constellations. 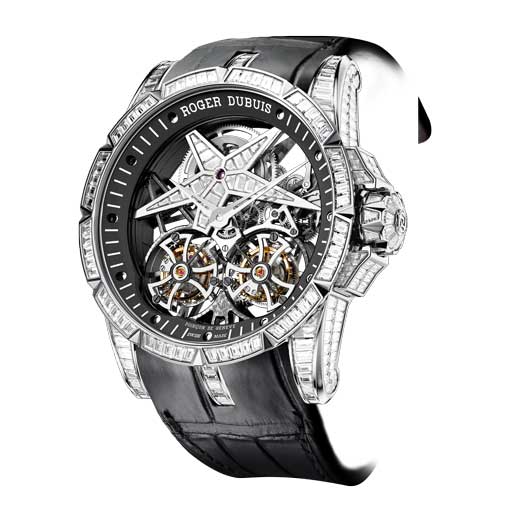 In the Excalibur Star of Ininity, formal aesthetics meets functionality, since the tips of the RD01SQ skeleton double lying tourbillon ‘star’ point to several hour-markers and thus enhance clarity. Even more signiicantly, they appear to stretch out towards the vast expanses of space… the infinity evoked in its name. This luminous interpretation glows with the fire of 312 baguette-cut diamonds totalling approximately 14.93 carats and adorning the full-pavé white gold case, the flange – as well as the star itself, which sparkles with 34 of these gems (0.96 cts). The pristine radiance of the precious stones admirably complements the rhodium-plated charcoal grey of the calibre with its inely circular-grained plate and illuminates the twin Celtic cross-shaped tourbillon carriages.